Still mainly confined to a wheelchair following the hit and run accident in 2015, Nicole Brown is making great strides at regaining independence. After the accident, her life was irreparably changed to where even some mundane and basic tasks became complex and arduous.

One of Nicole’s biggest struggles was navigating her bathroom. For three years, this small bathroom served as more of an obstacle course than a place of restoration. Using the basic functions of the room such as accessing the toilet, storage, sink or shower was a frustrating struggle that sometimes left her physically and emotionally injured in the exchange.

Understanding the need, a team of caring individuals developed a plan to design and build Nicole a completely new bathroom – with much of the materials and labor donated. 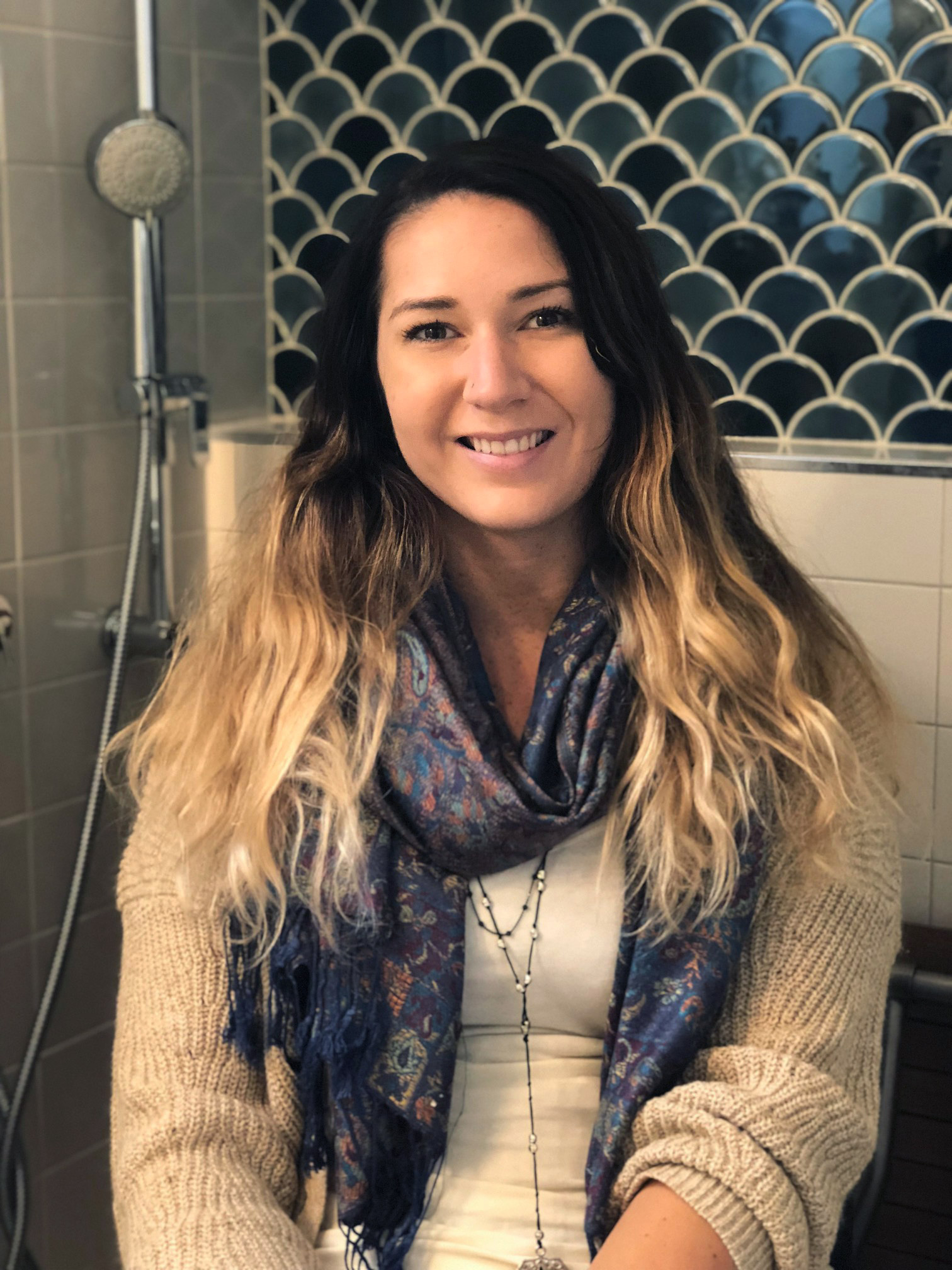 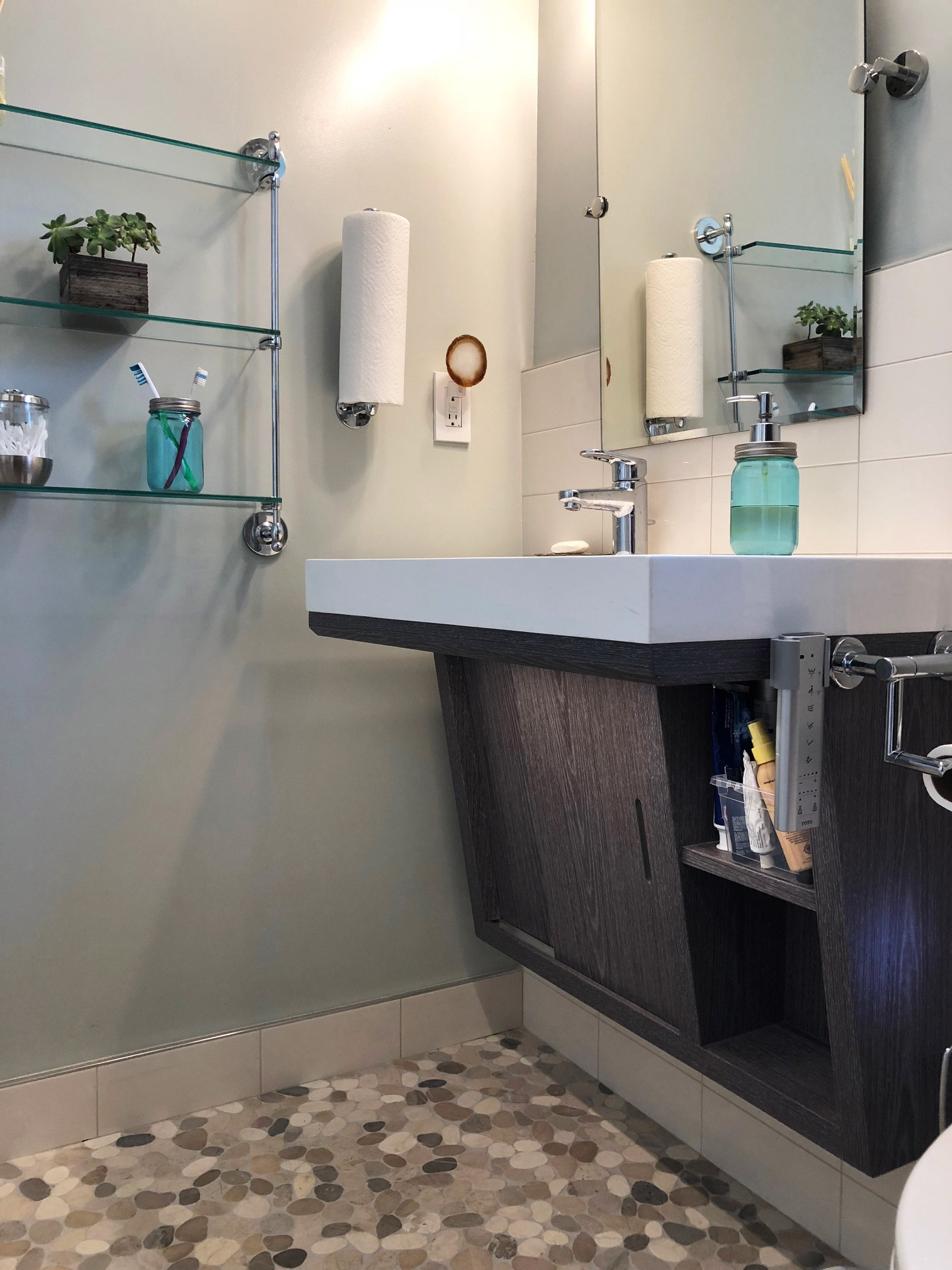 The Talmadge Construction team – along with Julia & Jon at Plumbed Elegance, Ellen Bauer Interiors, Moran Drywall, and the Tile Outlet in Soquel – came together to provide Nicole with a new wheelchair friendly bathroom.

The new bathroom was designed by Nicole to accommodate her unique, everyday needs. The shower is curbless and fitted with a fold-out bench to make bathing simpler. Her toilet is wall mounted and shallower in depth, which prevents her legs from hitting the walls during bouts of unexpected reflex activity or spasticity. The wall mounted vanity allows her wheelchair to naturally roll in close to the sink. 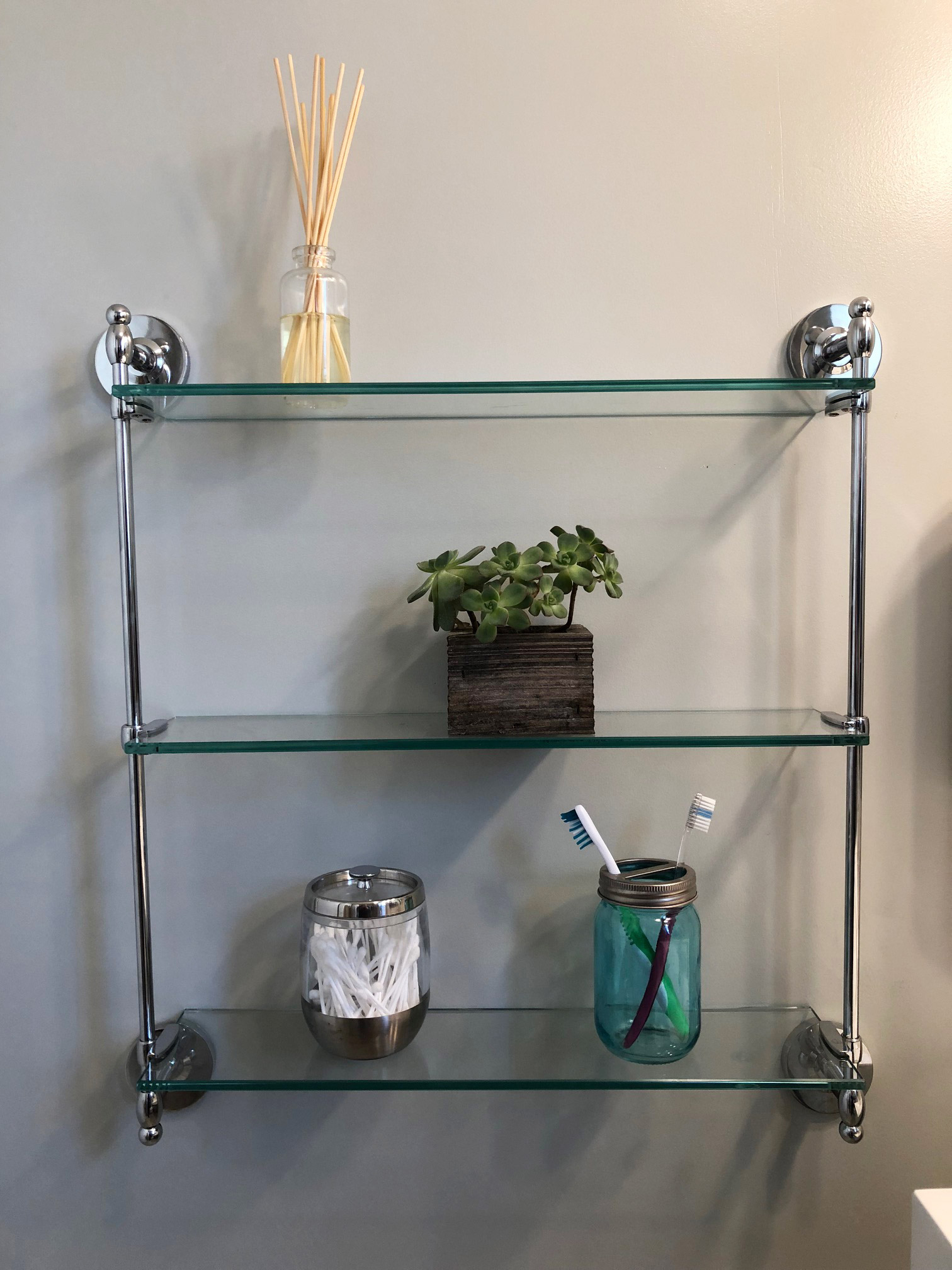 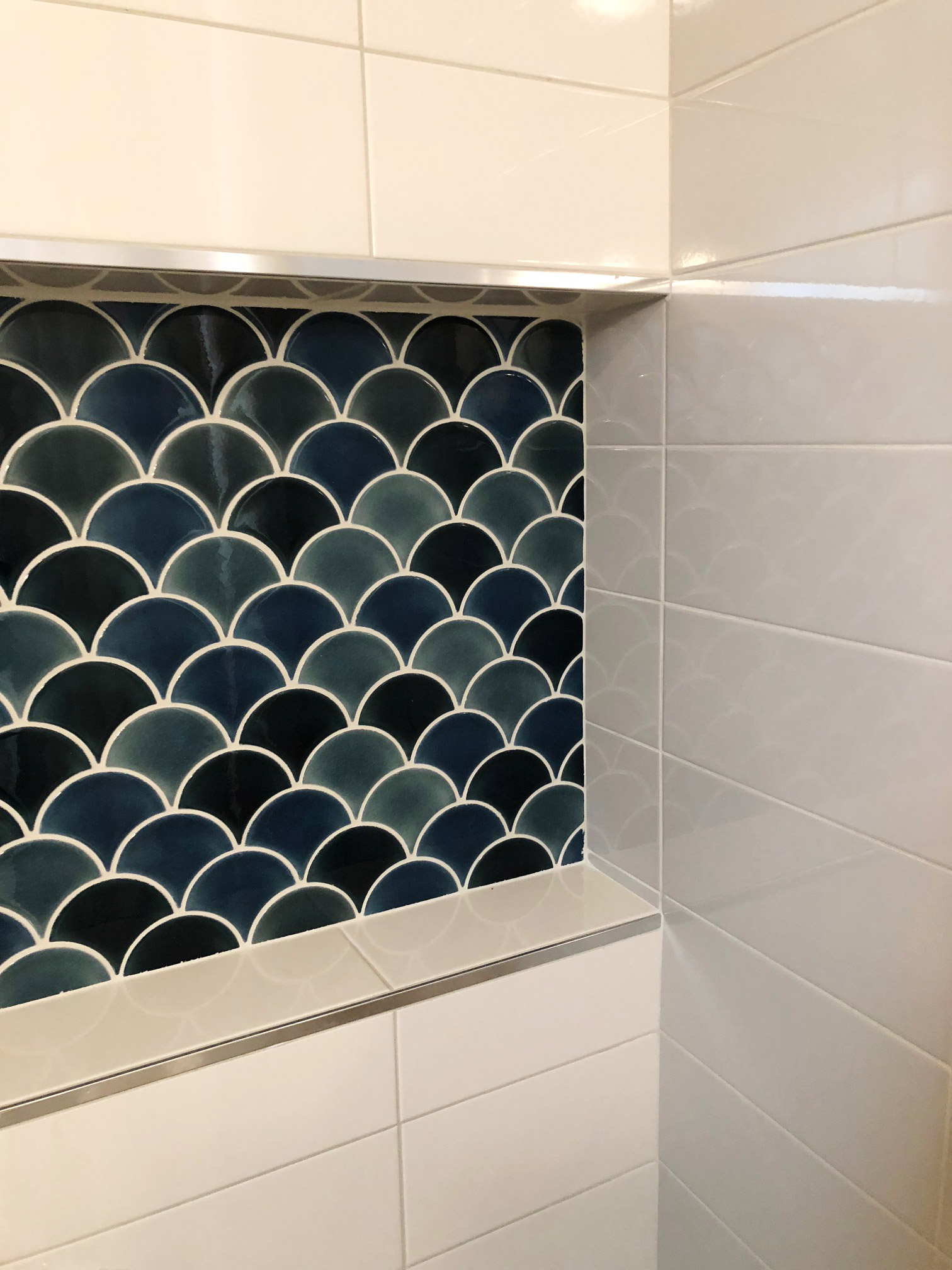 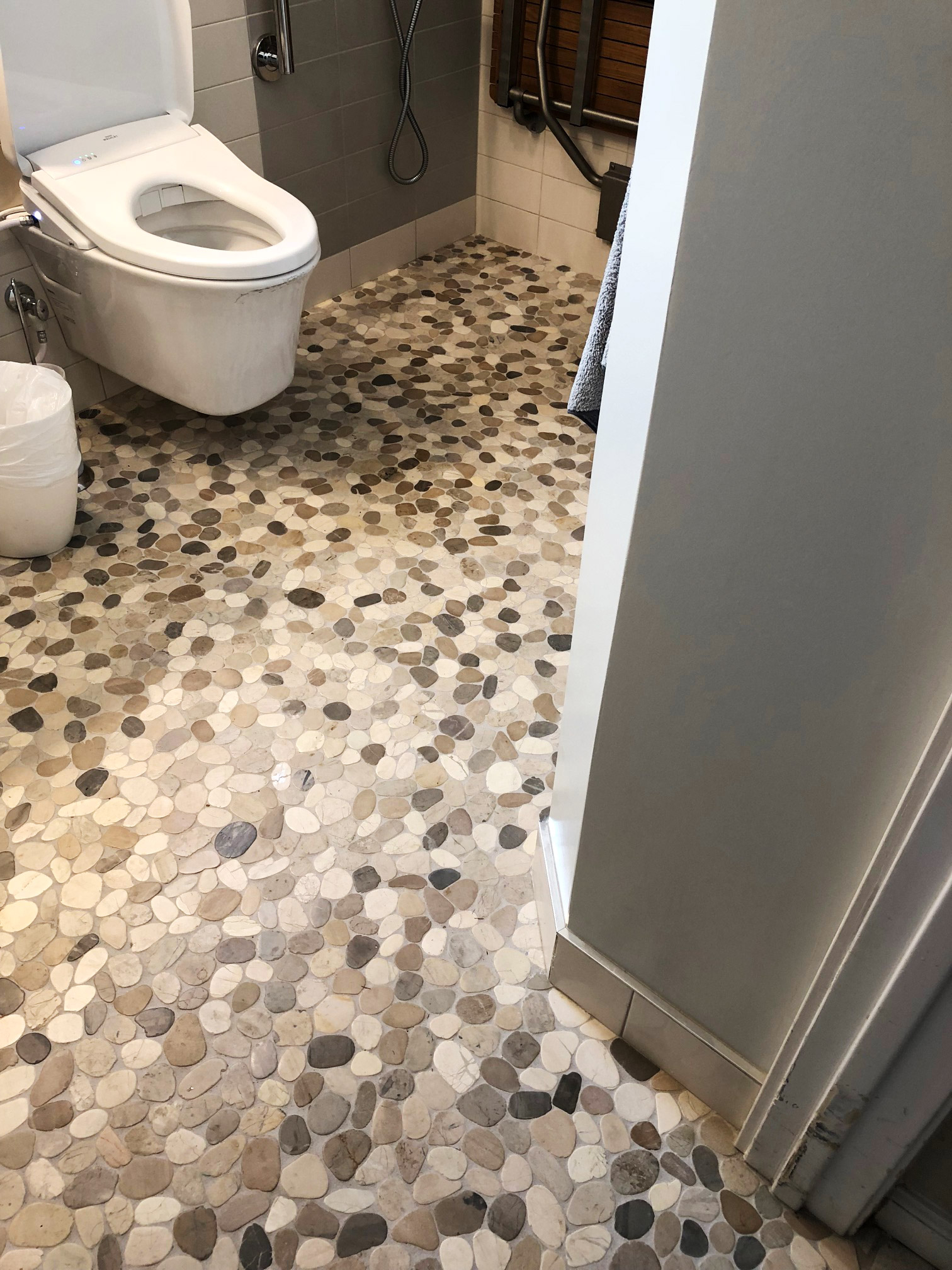 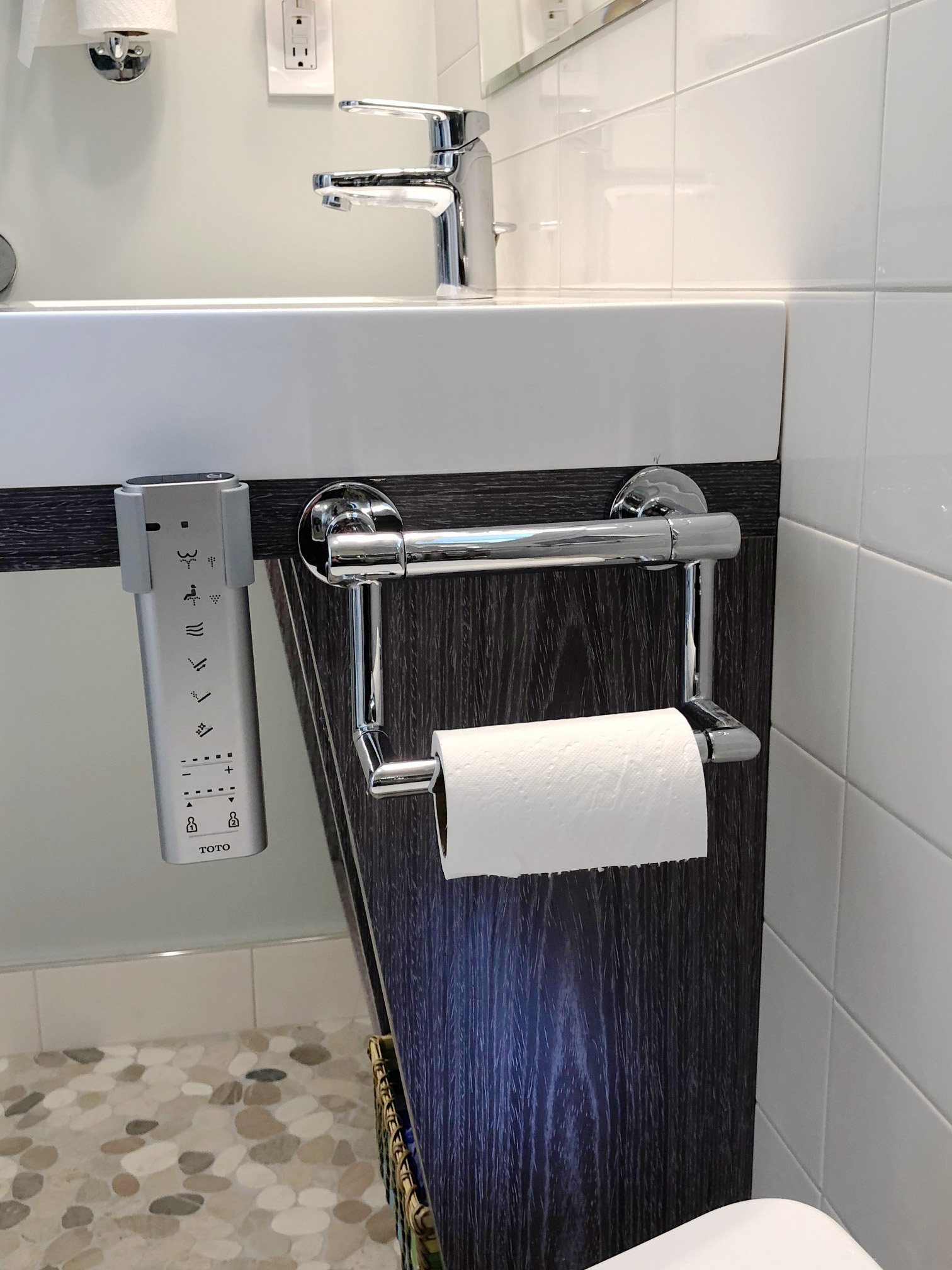 “It’s fast! It’s really fast!” That’s how Nicole describes her morning routine after the bathroom remodel. “Getting into the shower now takes 30 seconds whereas it used to take 5 minutes. I used to store my shower commode in another room, and I’d drag it to the bathroom and set it up. Now with the shower curb gone, all I have to do is pull down the bench.”

In addition to the shower, Nicole chose a vanity that simplifies how she uses the sink. “I used to have to sit at a 90-degree angle to reach into the sink just to wash my hands or brush my teeth. My hands would cramp up and I would strain my neck. Now I just roll right up to it and my knees go under my vanity.” 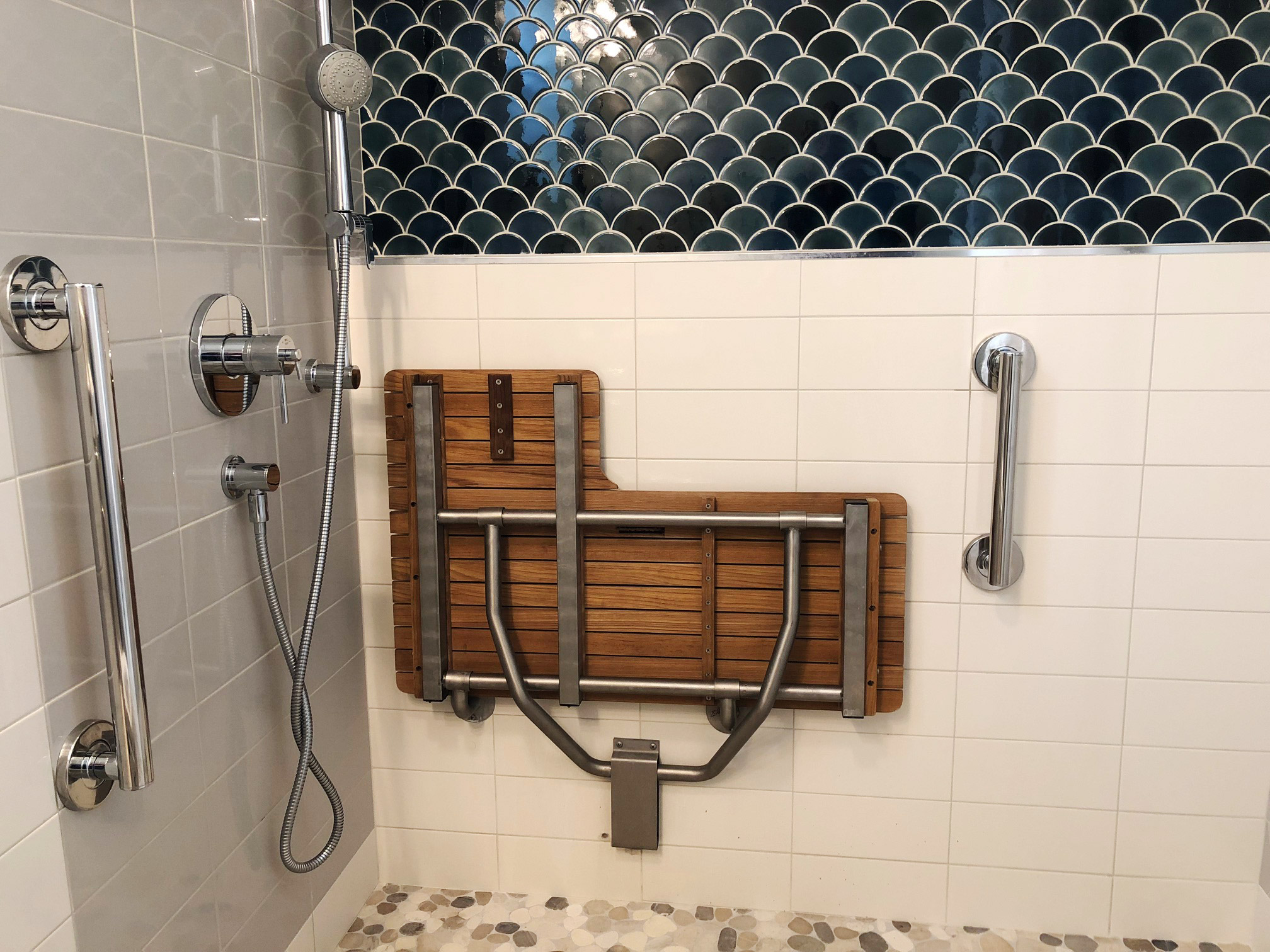 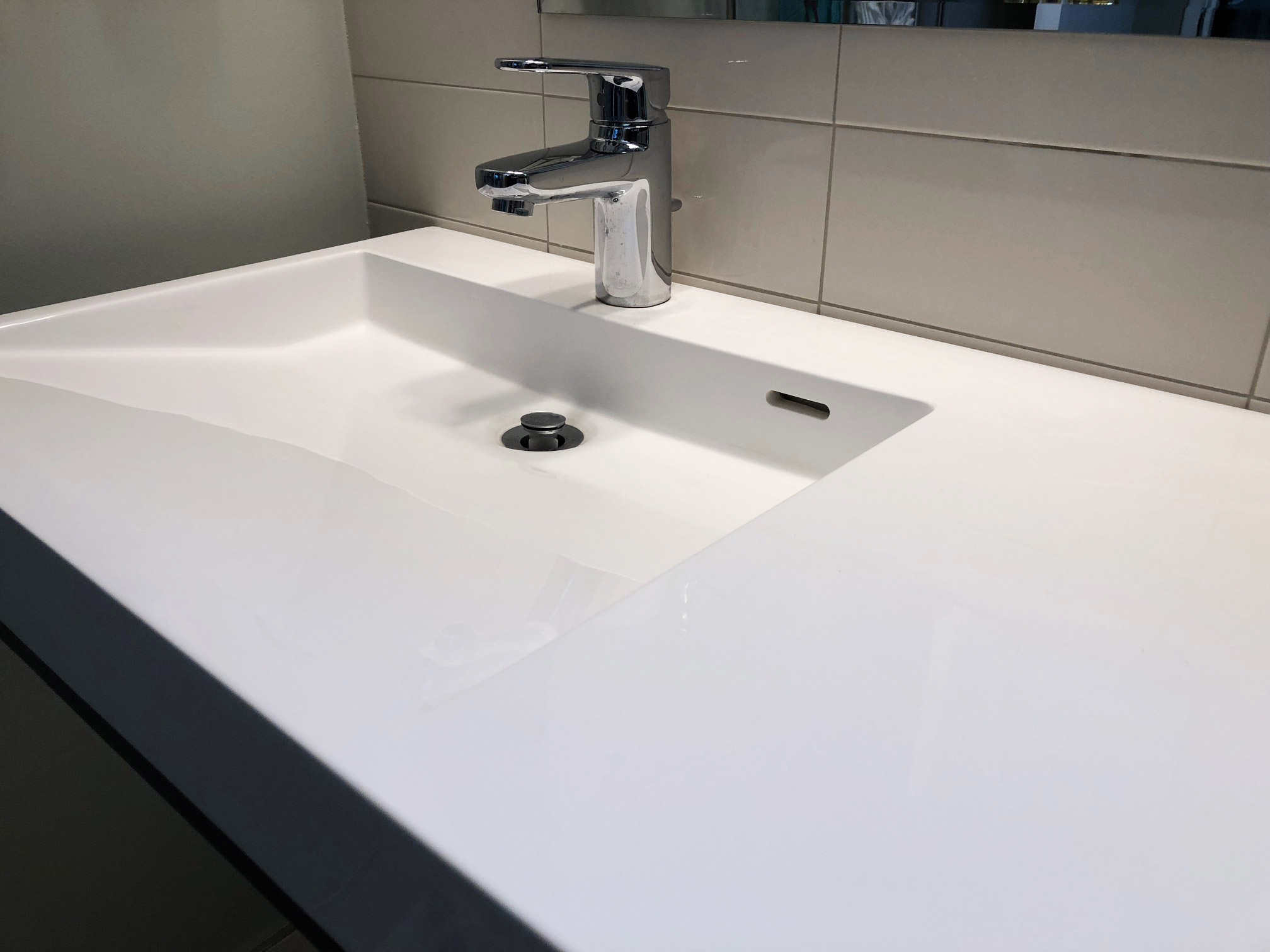 By the start of 2018, Nicole’s recovery had progressed enough that she was able to stand under her own power and she had been moving toward walking with assistance. Over the past year, however, Nicole had a few setbacks in her recovery, the most severe of which being a bone infection in her heel. The infection limited her physical activity, and she had to avoid weight bearing for eight months while on antibiotics. “Just 10 days ago – because I’ve been counting the days – my podiatrist told me that my heel was 100% healed. Now I’m waiting to hear back from my physical therapist to hear about my start date, but now I can stand and actually get back to where I was.”

Nicole has plans to relocate to Chicago in the Summer of 2019 where she will rehab at Shirley Ryan AbilityLab. She has always dreamt of living in Chicago, and Shirley Ryan AbilityLab is the #1 referral choice for Spinal Cord Injury Patients from around the world. “They have the best equipment in the country, and that’s where I want to go.”

Send Us Your Resume